• As I've been doing for the past few years, here's my monthly summary;

• With the end of another meteorological season, I'm linking to the previous two months:

• Emily P Freeman bravely assembles her recent learning experiences: Emily's quarterly 10 Things I Learned (This Winter)! I don't quite do that, but I'm proud to present places I've visited, events I've attended, all of which inevitably lead to new information, at times renewed wisdom.

• February started surrounded by succulents and refreshed by a tall glass of iced hibiscus tea.

• And later? A concert for piano and cello. By the time I started this highlights rundown, information no longer was on the venue website, so I grabbed a public domain cello.

• Wayfarer's Chapel is a wedding and worship destination in the town of Rancho Palos Verdes on the Palos Verdes peninsula. Designed by architect Lloyd Wright, it memorializes the founder of the Swedenborgian branch of Christianity and expresses the close connections between God's creation and the inner world of the human spirit. Though it's not a parish church people can formally join, the chapel holds Sunday and Wednesday prayer services year round. 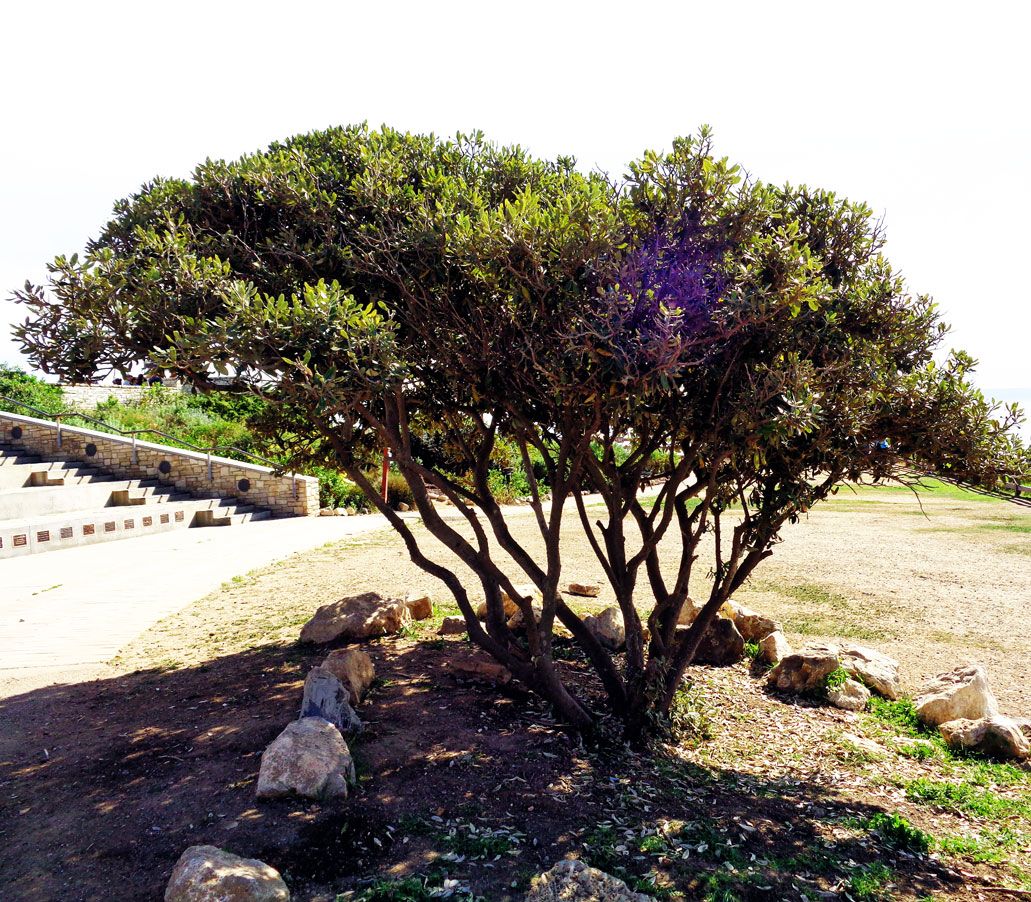 • Late February featured another trip to the Palos Verdes peninsula's natural beauty—this time on the side opposite the chapel. People can visit the Point Vicente lighthouse up close only a day or two each month, but the visitor center has outstanding information and visual displays that include the Third Order Fresnel lighthouse lens (a.k.a. the invention that saved a million ships) very recently replaced by LED lights at Point Vicente and almost everywhere. I trust my pair of tree pictures portray Palo Verdes.

• February ended with a gift of Hibiscus tea leaves!

Email ThisBlogThis!Share to TwitterShare to FacebookShare to Pinterest
tags, topics What I Learned in...

Southern California is earthquake country; what better illustration of "shake" than a shakemap? Close enough that I felt the foreshock on July 4th and the main shock the next day, here's a picture of the Ridgecrest earthquake sequence from 2019. USGS uses UTC, thus date posted as July 6th.

The question that logically follows? Can any of us create a shakemap of our lives, or of a particular sequence?

Some people have suggested creation as the theological word for nature. You could more than suggest tillable – or already farmed – ground qualifies as land. But that relates to contemporary English! Hebrew is a semitic language with a much smaller vocabulary, so biblical translators/interpreters need to assess context in order to choose the best of several English words to express what's often a single Hebrew word.

Out of the ground humanity began. Ground became well-stewarded promised land and yielded agricultural gifts. Land, ground, soil, is the subject of most wars. Ground, turf, acreage is part of the object of homecoming. People even aspire to own, to hold title to a plot or parcel of terrain or ground! I know, scripture tells us God owns it all, land is can't-be-bought-or-sold inalienable.

I've illustrated today's word with my designs for Season of Creation 2014. Season of Creation liturgical emphasis readings parallel the Revised Common Lectionary, with a four Sundays in September series for each year A, B, and C. 2014 was Matthew's RCL Year A, the same as our current one. If you're not in Australia where the Season of Creation originated, you can feature wilderness rather than outback.

Gospel reading for the second Sunday in Creation Year A, Land, is Matthew 12:40:

Earth is another way to say ground.

Ground is the essential basis of something—we talk about "ground zero" of a pivotal event. We talk about a person being grounded, sometimes about ourselves not feeling sufficiently grounded. You can't go lower or deeper than being on the ground: twentieth-century theologian Paul Tillich famously called God the ground of being. When an earthquake shakes a town's geological foundation here in southern California, people feel as if their whole lives have become ungrounded.

April Fiet is hosting a daily word prompt for Lent! I'm on Facebook sabbatical, but you can find her there or connect on twitter as I've been doing during my FB fast; I predict you'll enjoy April Fiet's website! In Lent 2013 when I followed Slate Speak's rethink church Photo-A-Day, most days I blogged something visual and wrote something, and that's what may happen this year. Or not.

Clingy kids, clingy pets. Few would be surprised that cling wrap immediately popped into my field of vision when I considered today's prompt. As it attaches itself to whatever surface it encounters, sometimes smoothly, often with bubbles that won't quite smooth out, cling wrap forms the ultimate model for clinging. Given everything that has and hasn't been happening in my own field of dreams, my first thought was to cling to those dreams, particularly to cling tightly to the resurrection hope Jesus provides for their future fulfillment. Good one for this season that glances toward longer days, warmer weather, and easter's glory. Excellent for this season of Lent whose name means slow, just as the music tempo lento instructs us to go slow.

However... today is Ash Wednesday, Lent's annual season opener. Mid-afternoon a friend texted and asked me to attend church with her—a simple soup supper – a cross of ashes on my forehead to remind me I am not immortal (though I will be resurrected!), to assure me I'd been forever marked with the cross and sealed with the Spirit – a simple meal of bread and wine.

So what do I cling to? My dreams and hopes? Yes! The word of life, bread of life, cup of salvation? Amen!

During Lent 2013 I wrote, "I fear more months, years, decades of aimless drifting."

Loving myself on this Valentines Day weekend by reclaiming the hope I felt on the back stoop in Koreatown 4 years ago.

In real life? that's "Trying to love ... Trying to reclaim"

A prompt like "experience" can take you anywhere; this time I'll reflect on the overall perspective getting some years behind you adds to the quality of the years in front of you. In some ways the world feels as broad and bright as it did talking on the Koreatown stoop with Suzanne about 48 months ago. Yet every day I fight hard to identify what might make continuing on this planet worth while. My answer usually includes sensory experiences like the taste of a savory meal, the smell of the sea, the touch of a breeze, the sound of a song, the sight of a sunset.

From a recent article by David Brooks: "For those who have the human capital to explore, fall down, and have their fall cushioned, that means great freedom and opportunity—and for those who lack these resources, it tends to mean great confusion, drift, and pain."

How can I reclaim hope in solitude? "Human capital" sounds vulgar, but everyone needs the value added of other humans who will cheer for us, pick us up and push us back into the game, connect us with others when they don't have the resources a person needs.

Walter Brueggemann insists much of life is sabbatarian, spent on the threshold between Good Friday afternoon and Easter Sunday dawn. We hang suspended in time waiting for gifts of birth, of spring, of new life to ready themselves.

And at best we wait fully prepared.