The Russian-Ukrainian Conflict is an actual War of aggression and occupation by the Russian president and his operatives with zero approval or cooperation from ordinary Russian citizens who will continue to be adversely (understatement) affected by economic sanctions the world's democratic partners and allies have placed on Russia. Like most of the rest of the world, I completely disapprove.

However…I'm in awe and I fully approve of the strength and patriotism of the Ukrainian people. Ukrainian President Volodymyr Zelenskyy totally rocks! Watching the European Union, USA, United Kingdom, democracies in the Southern Hemisphere, almost 100% of the free world, and now even – even – historically neutral Switzerland cooperate with sanctions, humanitarian aide, and every other possible type of support for Ukraine has my full approval. Standing With Ukraine. Praying For Ukraine.

As I did for Lent 2020 and Lent 2021, this year I hope to occasionally blog to April Fiet's Lenten Snapshots. You can find all the prompts on the First Pres Scottsbluff website. Snapshots can be photos, drawings, songs, poems, prose, lists, food—though to post food you'll need a picture. You can blog, tweet, facebook, or "other," and there's a facebook for Lenten Snapshots. 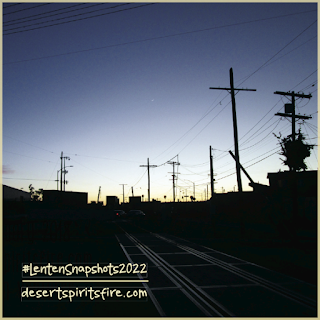